Blockchain based currencies, of which Bitcoin is the poster child, often get cast as a new form of money that will benefit people who don’t have access to bank accounts or a stable national currency, like happens in Mozambique or Venezuela. Another popular prediction among believers in the system is that smart contracts, distributed computer programs that automatically move cryptocurrency between accounts based on a series of conditions, will revolutionize the way we do business online.

But cryptocurrencies have so far failed to gain much traction as payment methods, and a fair amount of 2017’s irrational exuberance about the future of smart-contract-powered decentralized applications has been replaced by uncertainty over whether Ethereum and similar platforms can live up to the hype. Bitcoin, Ethereum and all other currencies have swung wildly in price, and that could well be one key factor why these applications haven’t seen wider adoption beyond being a reserve of value, not a method of exchange.

Now prices have collapsed and illustrated the mania, panic and crashes scenario of past financial bubbles. Facing that reality it has emerged the concept of a “stablecoin”, a cryptocurrency that would be stable in value, avoiding the wild price swings without having to convert back into fiat money. Tether, for instance is a popular option among stablecoins that is supposedly backed by US dollars in a bank account and thus is “always worth a dollar”.

However, Tether seems to have lost its peg. On Monday November 22nd the price of a Tether coin fell to under 93 cents, an 18-month low. Why? The main reason would probably be that although the company claims that every Tether coin is backed by a real dollar in a bank account, it hasn’t provided verifiable proof. Then there are the subpoenas that US financial regulators sent last December to Tether. Finally, there’s the academic research suggesting that big traders may have used Tether to prop up the price of Bitcoin and other cryptocurrencies, and the US Justice Department has opened an investigation into that.

It is indeed a hard time for cryptocurrencies to be the white knight of stability. First given that they have been used since their inception as “a payment method for the dark side of the web”, currency for illicit trades and to preserve anonymity in black and grey markets. But more importantly, Trumponomics is bound to limit even further the crypto markets as, whether we like it or not, President Trump clearly affirmed he views his mandate as a coming back to the power of national historical state against the last 20 years of globalization and weakening of nation states on the altar of multilateralism.

The death of crypto-based “stable coins” does not mean the death of alternative currencies. Friedrich von Hayek in his brilliant book “The Denationalization of Money” and other great money thinkers already foresaw in the 1970s the creation of non-national currencies as alternative and competition to state currencies that could be mismanaged.

In fact, Hayek thought that this competition between state currencies among themselves and versus non-state currencies was in line with the nature of capitalism. It creates a competition between national states and force national states to limit mismanagement of their currencies through over issuance (like in the 2004–2008 period and the CDOs folly) as well as under issuance (like during the Euro Crisis and the collapse in South Europe money aggregates).

Let’s leave aside cryptocurrencies, go back to the drawing desk, and have an economist approach to the concept of currency. A currency needs to be three things: an accounting for valuation (finding the value of each asset), a means of hoarding for saving (store of value) and a mechanism of liquidity for transactions (transfer of value). To achieve this the underlying asset of a currency must be trustable, liquid, easy to transfer, and difficult to manipulate.

Gold has long been the clear winner as it fulfills those three dimensions. Yet, its main problem was that nothing can link gold deposit mining and the need of the real economy. Therefore Keynes, based on the Austrian money school of Hayek, found that the international money system had to be moved away from gold into a paper-based money whose creation was linked to the long term needs of the economy. This system was implemented in Bretton Woods and has proved to be very successful in avoiding economic depressions as the 1929 crisis (with the notable exception of Greece).

The key to a successful alternative currency must be that it is tied to a financial basket that meets the three criteria of a successful currency: liquidity, non-manipulability, and easy accountability. Potential contenders could be a basket of world currencies (tested by the IMF as a currency called SDR), a basket of world commodities (the original idea of Keynes as an alternative to gold)… or an alternative currency composed of global ETFs.

We argue that a basket of ETFs is close to the “dream currency” foreseen by Keynes and Hayek as competitor to state currencies. So called Mega-ETFs have low friction properties that allow to trade almost all world assets at a very low fee with a huge liquidity. Mega ETFs are easy to valuate fairly as they are based on many assets priced by the market, plus th sheer size of these ETFs makes them impossible to manipulate by any market players, including national banks and reserve funds.

Creating a “world currency” linked to a basket of world mega ETFs might be THE alternative currency that would embody the full promise of stable coins based on blockchain. It offers to the middle class the power to trade all the world financial assets at an almost zero cost and with a high probability of keeping the purchasing power of its savings, while getting full liquidity. This would be the “dream coin” of any middle class that protects it from the currency manipulations of any corrupt or incompetent central bank that would destroy its wealth because of over or under issuance of the currency.

Financial algorithms can be developed based on the mathematization of the language of finance to create such stable financial baskets. The goal is not so much to maximize the return of the ETF baskets but to radically stabilize risk, return and maximum drawdown. We argue that it is possible to create financial ETFs baskets with a risk / return / maximum drawdown of approximately the same level, for instance a “2 / 2 / 2” ETF basket, meaning 2% risk, 2% expected excess return and 2% maximum drawdown.

In fact some key players in mobile payment technology have already started implementing such dramatic technological and financial change. In Canada, Sun Life has launched ETFs baskets with real track records in line with these targets. In London, Revolut has begun issuing a Wealthtech solution linked to its mobile currency solutions. We expect to see an explosion of such diversified, truly stable alternative currencies creating a lasting financial offer that meets the demand of millions of consumers and savers. 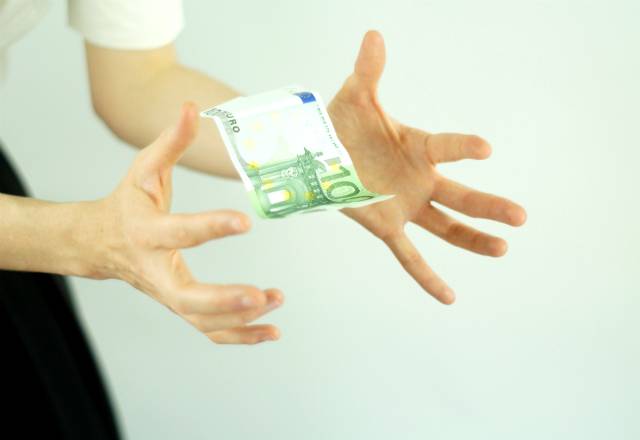